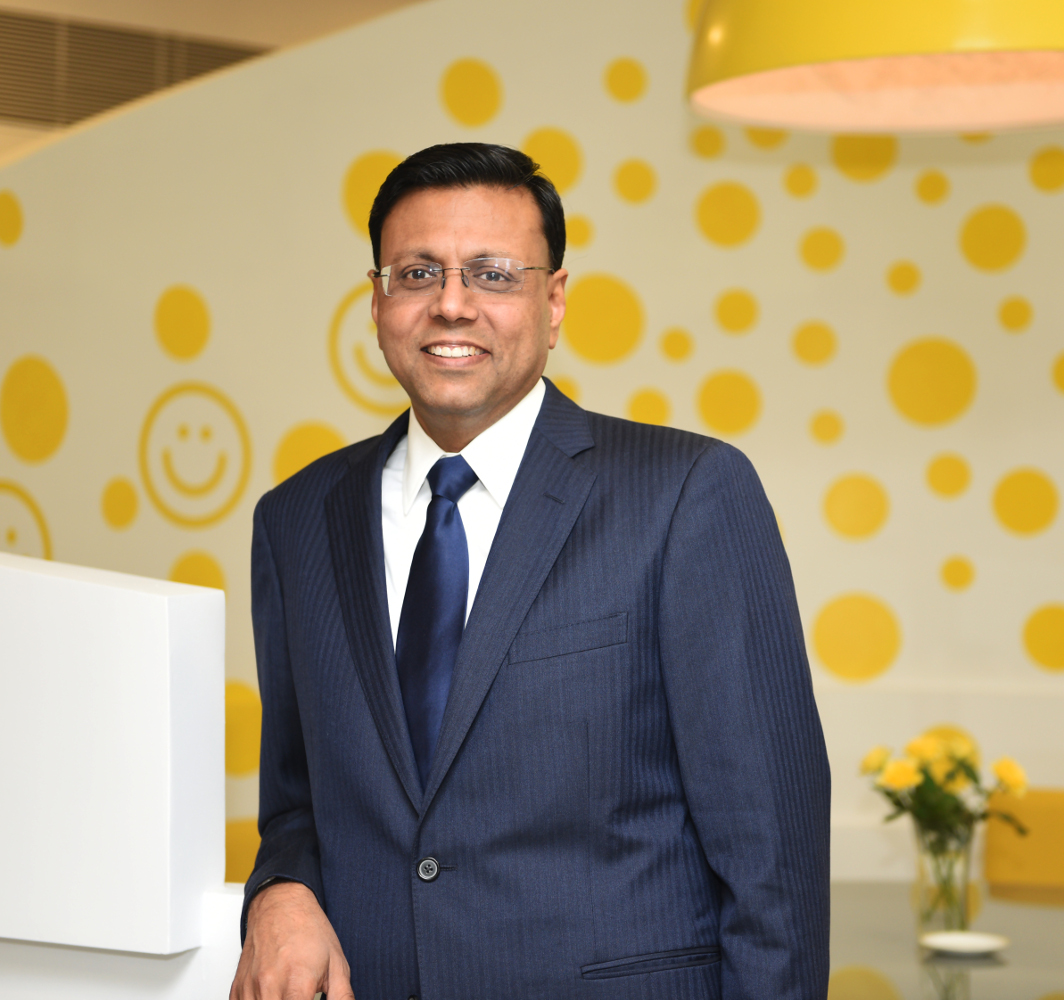 Sandeep was the CEO and Managing Director of Zensar Technologies and the Group Management Board at RPG Enterprises from 2016 to 2021. Sandeep shaped a bold turnaround of Zensar from a legacy IT company to a relevant, state-of-the-art 100% living digital enterprise.

Under Sandeep’s leadership, Zensar reached many significant milestones and achievements. Zensar’s digital transformation has the distinct, dual honor of being featured as a case study by both Harvard Business School (2018) and London Business School (2020).

With Sandeep at the helm, Zensar grew to be an approximately $600 million revenue company with global talent at over 10,000 people. Digital business increased to 60+% of Zensar’s total business, up from under 10%, during these five years. The non-core business was reduced to nil from 13% during the same time period. Under Sandeep’s leadership, new age Digital and Cloud business grew at 55% and Core IT business grew at 15% CAGR, respectively. Zensar is now positioned as a modern, next gen digital and cloud services company, a significant change from the erstwhile legacy IT company. Higher value services have led to a higher operating margin, 18+%, the highest in a decade. Zensar became a debt-free company under Sandeep’s leadership, with exceptional working capital and cashflow management and net cash grew 8 times — marking a significant shift during the five-year period. This compelling turnaround of Zensar helped increase Zensar’s market cap by 70%. Sandeep created a research and innovation lab at Zensar that led to the filing of 130+ patents over five years. Sandeep has personally been granted two US patents, with twelve more patents filed. Sandeep built an exceptional leadership and management team, completed four strategic acquisitions, and significantly improved market share among Zensar’s global clients. As part of Sandeep’s commitment to a sharp business focus, Zensar divested two non-core businesses, allowing for investment in strategic growth markets and geographies. Sandeep’s bold, decisive, and inclusive leadership in response to changing industry needs created more positive impact for Zensar in five years than in the previous five decades.

For the Group Management Board at RPG Enterprises (one of India’s top ten diversified conglomerates with approximately $4 billion in revenue and 30+ thousand people), Sandeep was part of the overall strategic and decision-making leadership team at the Group Board level. Sandeep’s technology experience and forward-thinking leadership were an integral part of RPG Enterprises’ digital, IoT, AI, cloud and cyber security programs.

Before joining Zensar in 2016, Sandeep was with HCL Technologies for over twenty-five years, where he built multiple billion-dollar businesses. Sandeep was a Corporate Officer at HCL Technologies and Global Head of Life Sciences, Healthcare and Public Services. His transformational and result-oriented leadership consistently grew the business by 20% year-over-year with some of the largest wins with Global 500 clients. He grew the business from $800 million to $1.1 billion in less than two years.  Under Sandeep’s leadership as Corporate Vice President and Global Head of Sales & Practice for Engineering and R&D Services, he built the business to over $1.2 billion during a five-year term from $400 million through massive growth of 25% CAGR. He created new business models and led organic growth from new services, new market, and new geo expansion, and delivered impressive market share gains consistently every year. Sandeep’s high-energy focus on building a great world-class team, delivering performance improvements, and driving business outcomes catapulted HCL Technologies to become the number one engineering services company in India and among the top 3 globally.

Sandeep’s ideas, thinking, perspectives, and articles are frequently featured in leading publications in India, the US, and the UK. He has been featured in The Economic Times, Fortune India, CNBC TV18, The New York Times, and more. He is a member of, and contributor to, the Forbes Technology Council. Sandeep has been a guest speaker at Wharton, Harvard, and London Business Schools.

Sandeep is an alumnus of globally-renowned IIT Bombay.  In addition to his business management and technology leadership career, Sandeep is a prolific poet. He has authored and published two bilingual books of Hindi-English poems, Your Shadow Wants to Walk Alone and Old Seeds of a New Tree. The Economic Times called Sandeep, “The CEO Poet.” He is also the co-founder of Har Asha Foundation, a non-profit organization. An avid dog lover, Sandeep lives with his family in Silicon Valley, California.

Old Seeds of a New Tree